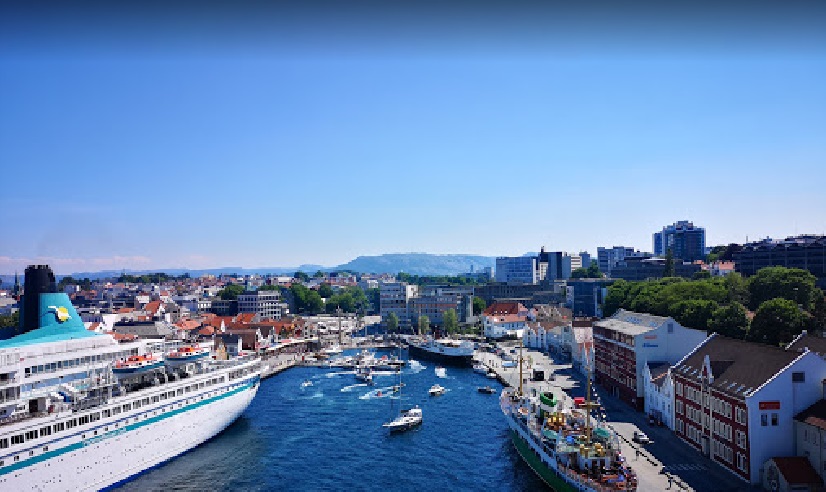 Stavanger Norway Legend has it that in 1125, on the peninsula of the North Sea at the bay of the most beautiful fjord, the Norwegian king Sigurd I decided to build a cathedral. The history of Stavanger begins with this royal decision. An episcopate was established in the city, but the bishop became bored living in a fishing town with a small parish, and the city quickly lost its status as a religious center. By the XVIII century, 2000 of its inhabitants lived exclusively by fishing. However, the increased demand for it led to an increase in the population and the construction of several shipyards.

70 canneries were also built in Stavanger. The discovery of oil fields in the North Sea in 1969 decided the fate of the city. Various oil companies opened their representative offices there, and Stavanger became considered the oil capital of Norway.The main attraction of the city is the Cathedral of the XII century, dedicated to St. Trinity. This oldest cathedral in Norway was built by the British, and therefore there are many details in the building that resemble the Gothic cathedrals of England.

Stone carvings, Gothic sculptures and modern stained glass windows create an ancient and at the same time original appearance of the church. In addition to services, traditional organ music concerts are held here.Like all ancient Norwegian cities, Stavanger was wooden and often burned. Only the buildings of the XIX century have been preserved in the old part of it. A walk through the cobbled streets will be a real pleasure. Small white houses with obligatory flower pots at the entrance and decorated windows – this was Stavanger 100 years ago.

The panorama of the city can be seen by climbing the old tower. And on the way to see the museum of firefighting. In order to protect the city from fire, even a special position was invented in the XIX century: the caretaker walked the streets at night and watched if anything was burning somewhere. On one of the streets of Stavanger there is a sculpture-a monument to this man. The city has forever linked its fate with the sea. At first it was fishing. A museum is now organized in the preserved building of one of the canneries.

Here you can learn all about the history of the fishing industry in Stavanger and trace the industrial cycle of canning. Almost all museums in Stavanger are interactive. In the Museum of Canned Food, you can, for example, make a tin can on a pressing machine. All the premises of the factory are represented here – from the workshop to the master’s desk.The second industry that has ensured Stavanger’s well-being is oil production. It is not surprising that there is such a museum in the city too. And also interactive.

The Norwegian Petroleum Museum will tell you everything about oil and its production. You will see oil platforms and drilling rigs in miniature. You will pass a test not for the faint of heart on the ability to react quickly in an accident. Children will be able to play on a playground that simulates a real oil platform.The Royal Park provides a truly royal variety of entertainment. For example, a visit to a chocolate factory, during which you can participate in the production of chocolate.

Or mountaineering climbing on steep cliffs. And besides, kayaking, bobsleigh and all kinds of attractions. And for lazy tourists, there are 25 km of beautiful sandy beaches in Stavanger to feel the caress of the harsh northern sun.

Day trips in Norway on https://excurzilla.com/en/norway