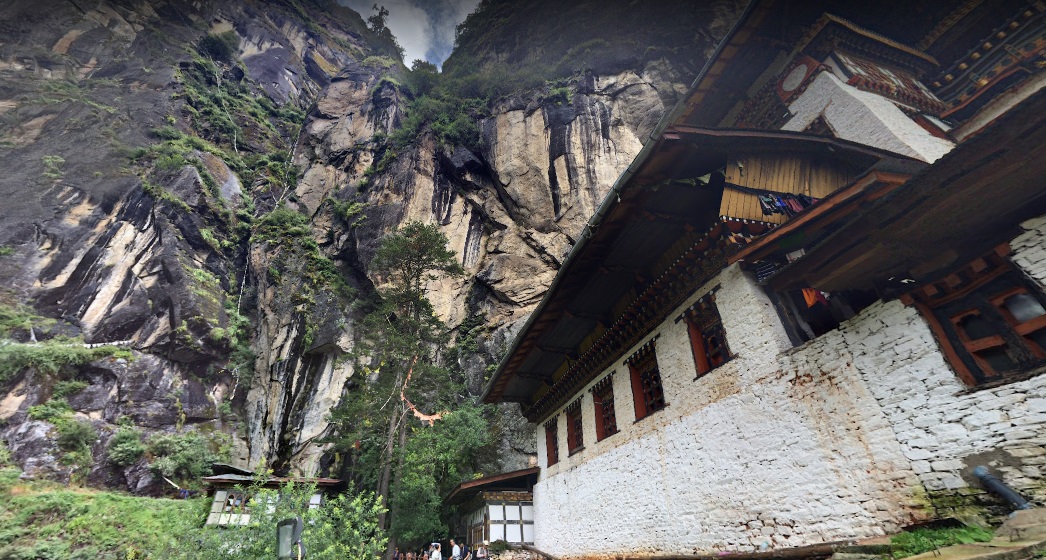 Tigress’s Nest: a unique Buddhist monastery hanging on a rock

The Tigress’s Nest (Paro Taksang) is a small monastery that is located on a rock in Bhutan. As they say, the “Second Buddha” meditated here. From here, there is an impressive view of the valley. It is one of the thirteen small monasteries or ” tiger dens “where Guru Rinpoche (the Precious Teacher), also known as the” Second Buddha ” of Bhutan, is said to have meditated. Padmasambhava was a brahmin monk who spread Tantric Buddhism in Bhutan and Tibet in the 700s. These areas are as holy as the Buddha himself.

According to legend, Padmasambhava appeared in Paro Taksang to meditate. In the seventh century, he preached Buddhism in Bhutan. They say that he arrived on a flying tigress, which he managed to tame. He meditated in a cave located high in the mountains for four months. After that, he conquered the local demons and began to convert the Bhutanese to Buddhism.

For those who do not fly tigers, it is much more difficult to get to the Nest of a tigress. It is necessary to overcome a two-hour climb from the Paro Valley. The monastery literally hangs on a rock with a height of 3120 m and rises on the Paro Valley. When a person climbs a well-preserved, but very steep path, the monastery seems to appear and disappear from behind the trees. After a two-hour slow ascent, the traveler arrives at the entrance to the tigress’s Nest, located above a huge abyss.

From the monastery itself, the rock descends into the gorge for more than one hundred meters. The stone steps carved into the rock have absolutely no handrails. They lead to the monastery…
Despite the stories of visitors about how difficult it is to climb these steps, it can be noticed that Bhutanese women with young children overcome this obstacle with maximum ease. Steps lead from the monastery down into the gorge. It provides the insulation that the tigress’s Nest has used for many centuries.

Before the final ascent, you need to go down into the canyon. And here an impressive surprise awaits: the road passes by the waterfall! After that, the traveler will have to overcome more than 700 meters up…
To enter the monastery, you need to take off your shoes, and then climb several levels. There are three temples here, where you can literally suffocate from the unreal beauty. High up and deep inside is a cold cave, it is in which Padmasambhava is said to have meditated. You can even feel the cold breath coming from inside!
The way back is much faster, but no less exciting!

Hotels in Bhutan can be found here https://hotelhunter.com/en/bhutan