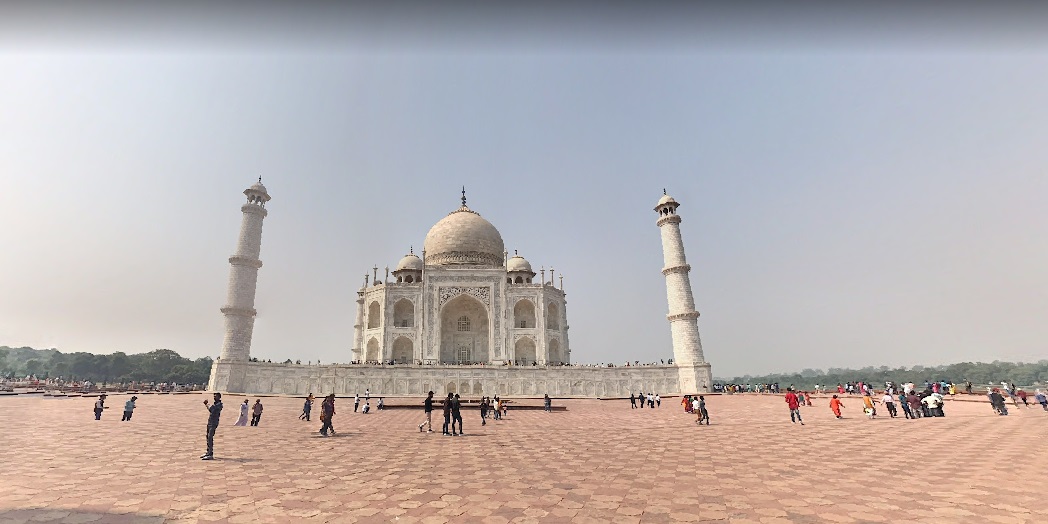 The majestic and beautiful Taj Mahal

One of the most wonderful creations of human hands, a place that attracts millions of people from all over the world every year – the majestic and beautiful Taj Mahal – is rightfully a real symbol of India.

Construction history
The Taj Mahal is an amazing snow-white structure that was built as a tomb for the third and beloved wife of the great Mughal Emperor Shah Jahan, Mumtaz Mahal, on the banks of the Jamna River in Agra. Despite the numerous harem, the emperor loved Mumtaz Mahal the most. She bore him thirteen children, and died in 1631, at the birth of the fourteenth. The ruler grieved greatly after the death of his beloved wife, so he ordered to gather the most skilled craftsmen of that time to create a mausoleum that would become a symbol of his boundless love for Mumtaz. Construction began in 1632 and lasted for more than 20 years: the main complex was completed by 1648, and the secondary buildings and the garden were completed five years later. Guri-Amir, the mausoleum of Tamerlane, the founder of the Mughal dynasty, located in Samarkand, the Jama Masjid mosque in Delhi, as well as the tomb of Humayun, one of the Mughal rulers, became a kind of “prototypes” of this grandiose tomb.

An architectural miracle
The Taj Mahal is made in the traditional Persian style and is a complex of luxurious and majestic structures built of white marble. The main place in it is occupied by the mausoleum itself, located in the center of the site. It has the shape of a cube with ” cut ” corners and is crowned with a huge dome. The structure stands on a square “pedestal”, on the four corners of which there are high minarets. The mausoleum inside has a large number of rooms and halls decorated with amazing mosaics, painted with delicate patterns and ornate ornaments. The coffin of Mumtaz Mahal is located in one of these rooms. And next to it is the coffin of Shah Jahan himself, who wished to be buried next to his beloved after his death. Initially, the ruler was going to build an exact copy of the tomb on the other side of the Jamna for himself, only from black marble, but he failed to realize his idea, so he bequeathed to bury himself in the Taj Mahal next to his wife. But it is worth noting that both of these coffins are empty, and the real burial place is in an underground crypt.

Initially, the mausoleum was decorated with a huge number of precious and semi-precious stones, pearls, and its main door was made of pure silver. But, unfortunately, until our time, all these treasures have practically not been preserved, having “settled” in the pockets of not very honest “tourists”.

On three sides, the Taj Mahal is surrounded by a beautiful park, the gate to which is also an architectural masterpiece. Roads running along a wide canal lead through the park to the main entrance. And on both sides of the mausoleum there are two mosques.

Translated from Persian, “Taj mahal” means “the crown of all palaces”. And it is truly “the pearl of Muslim art in India and one of the internationally recognized masterpieces of world heritage”.
The Taj Mahal was included in the UNESCO World Heritage List in 1983.

It is also worth noting that officially tourists are allowed to photograph the Taj Mahal only from one side – opposite the main entrance.