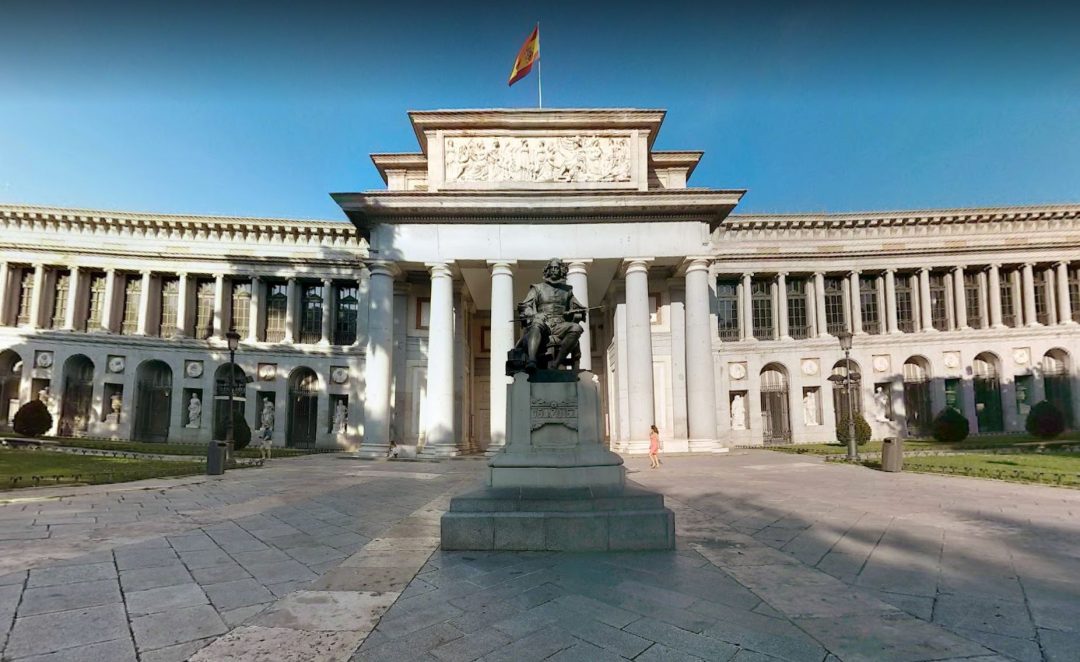 The Prado Museum in Madrid, which has a national status, is one of the largest and most important museums of European art. Even the building of the museum itself is a monument of late classicism. It is not surprising that this unique museum is one of the twenty most visited museums in the world. It was opened to the public in 1819.

The first paintings of the museum’s collection were gathered in the 16th century by the Spanish king Carlos I, who handed down his collection of paintings to his heir (instead of selling them). And then each subsequent ruler of Spain replenished the collection of paintings with the ones created by certain artists based on their own preferences. In the 19th century, the museum was enriched with paintings from monasteries and donated canvases from private collectors. The museum also demonstrates more than 220 classical sculptures brought from Italy in the 16th-19th centuries, showing the development of this genre up to the Hellenistic and Roman eras.

An extensive collection of paintings from the late 14th – mid-19th centuries became a specific feature of the Prado. Naturally, most of the Prado’s art collection is made up of paintings by Spanish painters: El Greco, Francisco Zurbaran, Jaime Huge and many others.

Diego Velazquez‘s work is represented by the series of portraits of crowned persons. Due to his closeness to the king, the artist was allowed to depict not only religious subjects that were not close to him, but also nudity (for example, “Venus with a Mirror”, pagan themes).

Along with the portraits of kings, the collection of paintings includes Francisco Goya‘s famous “Clothed Maja” and “Naked Maja”. The artist even had the courage to claim that the Duchess of Alba was the model for these images. Deeply empathizing with the events associated with Napoleon’s invasion of Spain, Goya painted the canvas “Shooting on May 3, 1808”. Drawing in a state of passion, he used not only brushes, but also fingers, a knife and other improvised tools to depict the tragic scene of the execution of patriots in Madrid.

Considering the foreign masters in the Prado, the collection of Italian painting is best represented. The paintings of the famous Italians Sandro Botticelli, Caravaggio, Tintoretto became the pride of the art museum. And the painting by Rafael Santi won the greatest love of the Spanish kings.

The Prado Museum is rightfully one of the most popular in the world. Therefore, queues are possible to purchase tickets. To avoid them, you can use a popular resource foxiepass.com to purchase tickets without a line. The collection of the museum’s canvases is so extensive that the walls of the museum building allow showing only one fourth of all the paintings. Therefore, while returning to the Prado again and again, you will meet a new part of its beautiful collection on display.