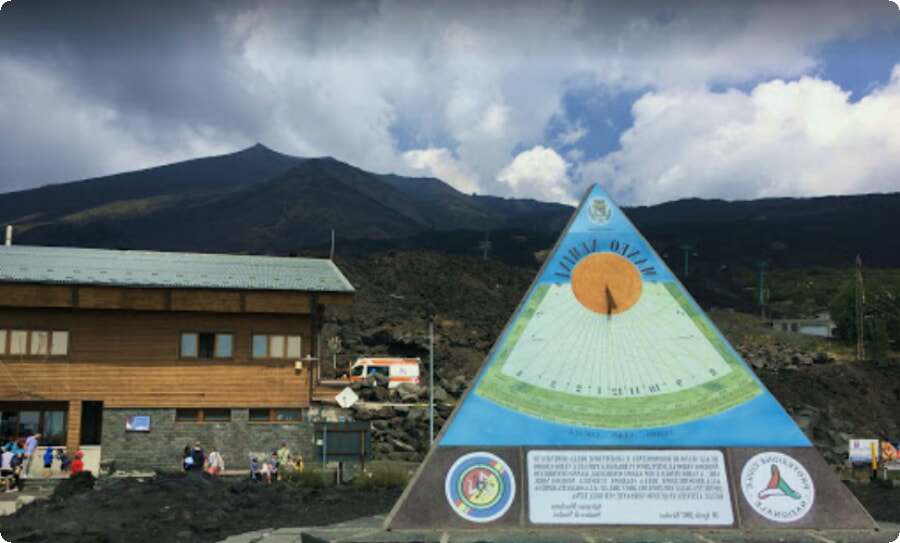 Mount Etna – the symbol of Sicily

This is perhaps one of the most original and at the same time amazing sights of beautiful Sicily. The symbol of the island, the source of thousands of tales, beliefs and legends, the point of formation of one of the materials most in demand for souvenirs, is the great and unshakable volcano Etna. This is one of the few active volcanoes of this height (about 3380m) in all of Italy.

It is noteworthy that its exact height cannot be determined. More precisely, you can measure the distance from the foot to the top, but it will certainly change after the next eruption. Numerous villages and villages are scattered at the foot of Etna. Oddly enough, the inhabitants of these villages, warmed by the volcano, will not agree to change their places of residence for anything.

And there are reasons for that:

Firstly, the active volcano is called due to the fact that with a frequency of once every 2-3 years it emits flows of formidable lava. But precisely because of such a high frequency of eruptions, these flows are absolutely not dangerous for the inhabitants of the surrounding territory: the speed of lava movement is much lower than the speed of a calm walking of a person, and the volcano does not have time to gain strength for a large-scale flow in such a short time.

Secondly, the frozen lava forms a fertile field for growing a wide variety of plants. And huge sprawling trees, and fluffy shrubs, and flowers of unique beauty grow here at an amazing speed.

Is it possible to exchange such grace for the boredom of life away from this amazing and unpredictable force of nature in a fiery guise? In addition, the status of a landmark added to the attractiveness of the Etna volcano.

And now the inhabitants of nearby villages literally bathe in the luxury of natural beauties and the attention of tourists, after the tour, who are certainly eager to have a bite, relax and, of course, buy lava crafts.

Despite the apparent monotony, there is something to see on the top of Etna. Truly fantastic pictures are opened here, which can no longer be seen anywhere else in Europe.

But in order to choose the right time to visit this natural attraction, you need to know what mood the volcano is in at a particular moment.

Each of the inhabitants of Sicily knows that Etna is in three states. Most often, the volcano is shrouded in a white cloud. This means that he is in a good mood and does not intend to emit angry lava flows in the near future.

Perfect time for a tour. But when Etna’s mouth is clouded with black smoke, this is a sure sign of an imminent eruption. Which, by the way, is the third state of the volcano.