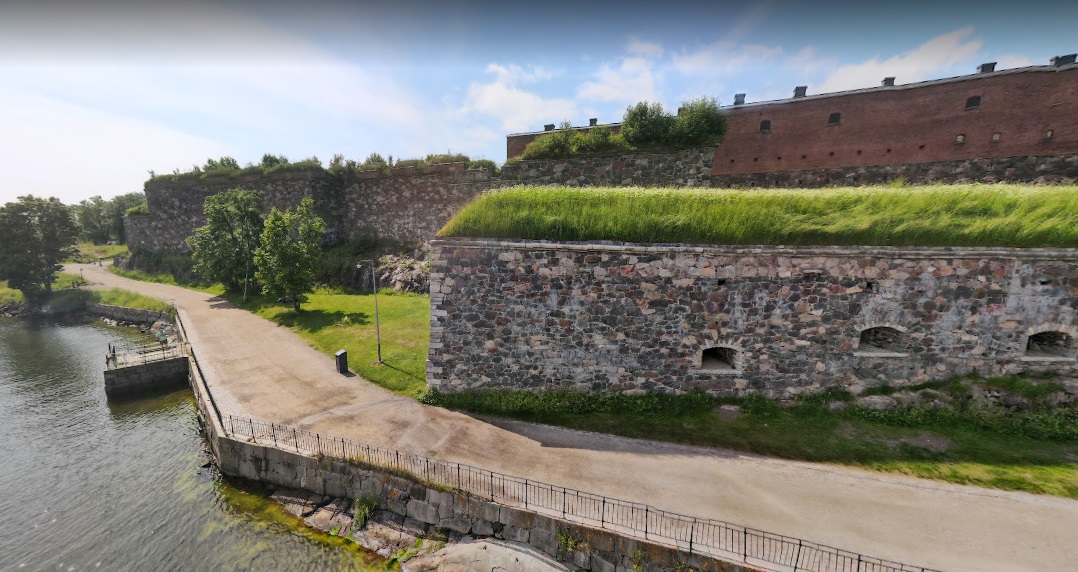 How to get to the fortress of Sveaborg in Finland?

The sea fortress of Sveaborg is located near the capital of Finland — Helsinki. Only there it is better known by its other name-Suomenlinna or in translation “Finnish fortress”. The construction of this fortress took place back in 1748, that is, at a time when Finland was still part of the Swedish Kingdom and did not gain full independence.

In the next fifty years after its construction, the fortress served as a valuable sea fortification, protecting the city from attacks from the sea. However, already in 1808, it submitted to the Russian troops and for the next 110 years was part of the Russian Empire. But the fortress received its current name Suomenlinna only after Finland gained independence.
Then for some short time it was part of the Finnish military garrison, and then finally in 1973 it was transferred to the civil administration of the city. During the tour of the fortress, you may notice that all the inscriptions on the guns located in the fortress are made in Russian, since they were all brought from Russia.

Today, Suomenlinna is one of the most popular attractions in the city of Helsinki. On its territory there are several museums at once, several interesting buildings belonging to a variety of architectural trends and traditions.
Fans of military equipment inspections will find here a huge number of relevant exhibits, which also relate to the most diverse periods of the fortress ‘ existence. And in general, the Suomenlinna fortress itself is surprisingly beautiful, so the simplest walk through its territory already gives an undoubted pleasure.

Ferries run from the city market square to the island from one to four times an hour, depending on the season. The very first ferry to the island leaves at nine o’clock in the morning, well, and the last one in the opposite direction – at 18 o’clock. Tickets are sold at the ticket offices of the river station, and the cost of a one-way ticket is five euros.
Not far from the market square, river trams depart from Kolera-allas to the island, making an additional stop near the Royal Gate. Tickets for them can be purchased both directly on board the tram, and at the pier. The cost is similar — five euros.

There is no bicycle rental or any public transport on the territory of the fortress itself, so you should try to wear comfortable shoes for walking around it. A few steps from the pier there is a special hotel where you can safely stay for the night. However, you should take into account that the conditions here are far from luxurious. On the first floor, from 6 to 10 people sleep in rooms and it costs 24 euros for an overnight stay, and on the second floor the conditions are better and you will have to pay from 54 to 89 euros for an overnight stay. Here in the hostel you can also have breakfast for 8 euros.

You can also have a snack in the restaurant and in the cafes located on the territory of the fortress. Among the museums here you can visit-the Suomenlinna Museum, covering the 260-year history of the fortress, the Ehrensvärd Museum with miniature models of ships, the Toy Museum, the Military Museum, the Vesikko submarine, preserved from the period of the Second World War, the Customs Museum. Then you can take a walk around the Large Courtyard, look at the Royal Gate and the docks of Sveaborg, as well as the Zander bastion and the Ehrensvard Kronverk. Finally, take a look at the church and the memorial. You can visit all the museums in the fortress for free if you purchase a Helsinki Card in advance.