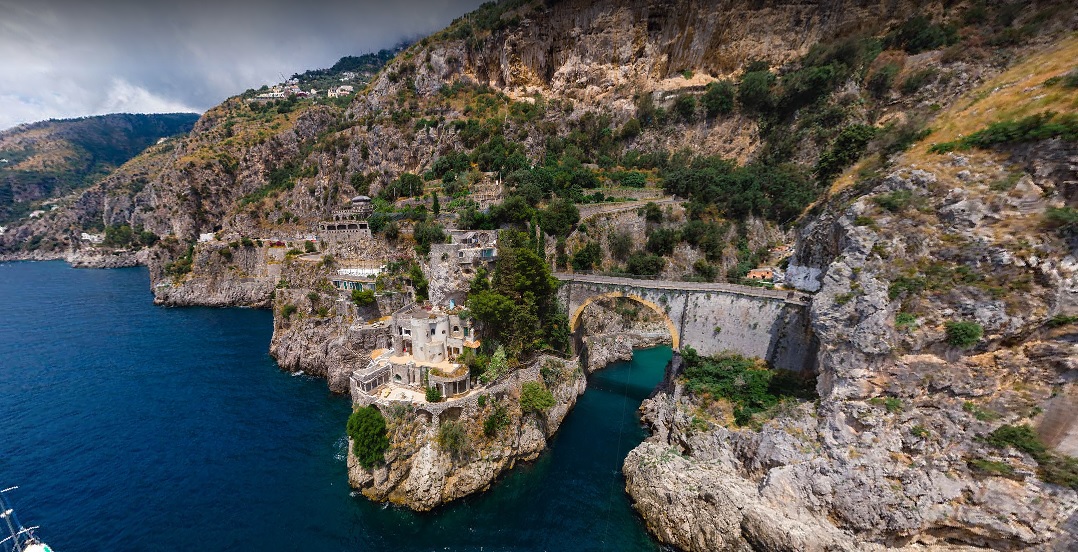 Furore — an Italian city in the fjord

Furore is a small village, little-known place on the Amalfi Coast in the Salerno province, between the cities of Amalfi and Positano. The village is located on a vertical stretch of hill, high above the Mediterranean Sea. Once upon a time, it was a small settlement scattered along the mountain along a picturesque sea road. There was no central square, market, or more or less serious buildings in it. Now it is home to about 800 people.

The paths and stairs leading to the village were hidden from prying eyes, so there were practically no casual travelers here. Furore even received the appropriate nickname – “a village that does not exist.”

But one day the mayor came to power, deciding that it was time to put his tiny commune on the map. He ordered that every house be brightly painted to attract the attention of future tourists. This tradition continues to this day. In September, famous artists from all over the world come here to paint and decorate local buildings with their frescoes.

The main attraction of Furore is the so-called fjord, or Fiordo. In fact, this mouth of the river is a narrow gorge extending deep into the cliff from the sea. It was created by the powerful Skiato stream running along the mountain to the sea. A group of old fishing lodges cling to the cliffs here. The fjord is the oldest part of Furore, and it was the fishermen’s houses that first appeared here. The main village is now located 300 meters higher, in the Upper Furore.

The fjord is bypassed by the arch of the bridge, along which the road passes. The 30 meter high bridge is the site of the International Diving Championship every summer.

Fjord Furore is the pearl of the coastal landscape. Alternatively, you can climb the mountain for breathtaking views of the old fishermen’s houses, soak up the unique beach and visit the open-air museum, famous for its many eighteenth-century mills, canals and water towers.

Since 1997, the Amalfi Coast has been listed as a UNESCO World Heritage Site, and Furore is included in the club of the most beautiful villages in Italy. Find all excursions in Italy here https://1001guide.net/en/italy