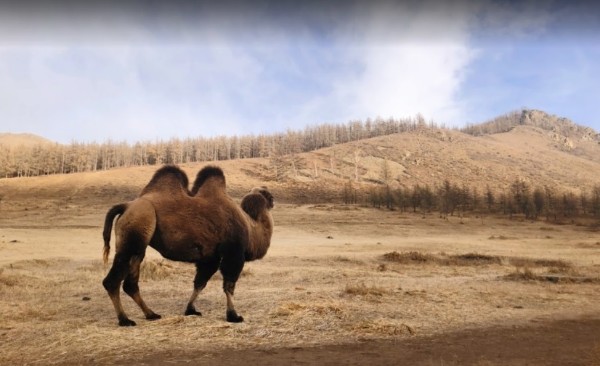 Mongolia is an Asian state, the nature of which was able to preserve its original appearance. This includes the Gobi Desert, the majestic Altai Mountains, and picturesque lakes. Flowering steppes and the aroma of meadow grasses are what those who are tired of gray concrete and stone jungles need.

Khövsgöl is called the most beautiful and deepest lake in Mongolia. Its crystal clear waters and larch-covered coastline remain unspoiled wilderness. Here, the presence of a person is practically not felt, and birds and animals are not afraid to leave their shelters.

Khövsgöl is sometimes called the younger brother of Baikal. The water in both lakes is clean and drinkable, and their shape is almost the same. The first thing that attracts tourists is the pristine beauty of Khövsgöl and its environs. But no less important role is played by the exotic atmosphere emanating from these places. Local hotels can offer accommodation in felt yurts and tasting of national dishes. The color is also created by the residents themselves, who put on traditional sheepskin coats so that travelers can better understand the Mongolian culture.

The lake is rich in fish, so you can come here for fishing. Fans of extreme sports will also like this place, since in winter it is allowed to ride on the ice on a sled pulled by a dog sled. And connoisseurs of beauty can spend the night in a tent, enjoying the views of the starry sky and the crackle of the taiga fire.

From any corner of the Mongolian capital, Ulaanbaatar, you can see Bogd-Khan-Uul – a mountain range whose peaks reach more than 2000 m. The reserve of the same name is reputed to be the oldest in all of Asia. His name is associated with Genghis Khan, who, having found refuge here, bequeathed to his descendants to honor this place, which saved him from enemies. As gratitude, people made sacrifices to grief, and this tradition continued until the beginning of the 20th century.

From these places, a beautiful view of the capital opens up, and naturalists will be pleasantly surprised by the flora of the park’s surroundings. Dahurian rhododendron, yellow buttercups, wild rose and barberry grow here, and the lower tier of the mountain is replaced by birch and cedar forests.

Ubsu-Nur is an endorheic salt lake, and its surroundings are distinguished by severe weather conditions. The strongest winter frosts turn into extremely dry summers, and therefore people do not live off the coast of Ubsu-Nur. This contributed to the preservation of the ecosystem, which remained virtually untouched. And the waters of the lake are rich in fish, which is a bait for all anglers on the planet.

Mongolia is a land in which deserts and glaciers coexist, forests have retained their virgin appearance, and lakes are full of fish. In this land, harmony is felt in everything, which is transmitted to everyone who enters its territory.