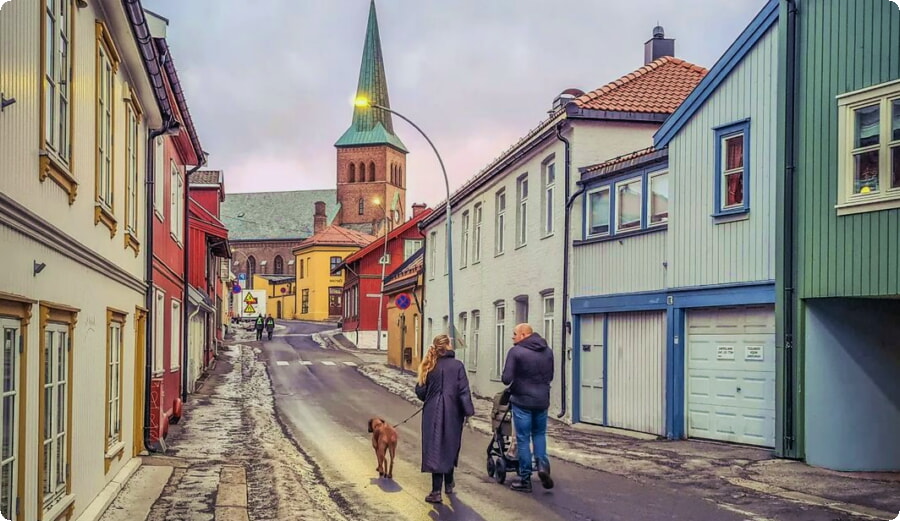 Oslo is an extraordinarily large city that is the capital of Norway. This place surprisingly combines ancient architectural buildings with modern buildings, and the city is also filled with a variety of attractions that attract a large number of travelers from all over the world.

The most important architectural attraction of Oslo is the Royal Palace, which rises on a hill at the end of the central street of the city. The palace was built at the beginning of the 19th century and is made in the style of classicism. The Royal Palace is represented by a beautiful main building, numerous sculptures and statues, a huge park with ponds and lakes.

Almost every day, fascinating excursions are held in this place, and various interesting exhibitions are set up in the palace. It should be noted that on some days the Royal Palace may be closed to the public, as the residence is active.

The most visited and popular attraction in Oslo is the Vigeland Park. This is a unique place where a huge number of various sculptures are collected. The luxurious park is located in the west of the city and occupies a large area, as there are more than 250 sculptural groups in Vigeland Park.

This wonderful place was built at the beginning of the 20th century, and the filling sculptures were made by the famous sculptor Vigeland. Walking in the park, you can not only enjoy the natural landscapes, but also get acquainted with the unique sculptures that convey all the feelings and movements of a person.

Each sculpture in a special way conveys the emotions of a person at all stages of his life, here you can see anger, struggle, dancing, hugs and other human feelings.

The City Hall in Oslo is a real architectural complex, which is located in the city center. At all times, the city hall was used for its intended purpose, but now it is a great attraction. The building itself is represented by two towers, one of which reaches more than 60 meters in height, and the other is smaller.

At the top of the building there is a beautiful observation deck, which offers a charming view of the city.

Inside the City Hall there are various galleries displaying paintings by famous masters.

Every hour, a beautiful melody by Grieg plays near the town hall.